There are approximately 13 million adult smokers in the UK – 28 per-cent of the population. It is estimated that about 4 million smokers a year attempt to quit the habit but of these only about 5% succeed.

The damaging and harmful effects of tobacco on oral health and the mouth tissues are now well recognised:-
An increase in the number of patients with gum disease. The link between tobacco use of any kind with oral malignancy (cancer).

Tobacco smoke is made up of “side-stream smoke” from the burning tip of the cigarette and “main-stream smoke” from the filter or mouth end. Tobacco smoke contains thousands of different chemicals that are released as particles and gases. Many toxins (poisons) are present in tobacco smoke. The particle part includes nicotine and “tar” (itself composed of many chemicals). The gas part includes carbon monoxide, ammonia, formaldehyde, hydrogen cyanide and other complex chemicals. Some of these are known to be irritants and some 60 chemicals have been shown to cause cancer (carcinogens). There is no evidence that switching to lower tar cigarettes will reduce the harm done to oral tissues.

In the European Union there is a ban on the sale of both chewing tobacco and snuff except in Sweden. Chewing tobacco is however, used in England, predominantly by Asian communities. Most often it is mixed with other substances such as areca nut. People who chew tobacco mix it to produce a ball (quid), which is often kept in the mouth for some considerable time. It is frequently tucked in one place – for example the cheeks of the mouth where it greatly increases the user’s risk of developing leukoplakia – a pre-cancerous lesion. It is well established that there is a much higher number of cases of oral cancer among the Asian community who chew tobacco or areca nut.

Smoking causes discolouration of the teeth. It is likely to cause halitosis (bad breath) and may affect smell and taste. Wound healing is impaired in tobacco smokers. There is fair evidence that tobacco use contributes to the pro-gression of periodontal (gum) disease. Treatment for periodontal disease often fails among smokers and it is difficult to halt the progression of the disease, which results in the destruction of the fibres holding the teeth in place. For similar reasons dental implants fail twice as often in people who smoke compared with non-smokers.

75% of oral cancers are associated with tobacco smoking (i.e. cigarette, pipe or cigar smoking) especially when combined with heavy alcohol intake. The risk of developing oral and pharyngeal (throat) cancers is similar for cigarette and cigar smokers, with an overall risk seven to ten times higher than for people who have never smoked. When the frequency of daily tobacco use is taken into consideration there is a strong relationship between smoking rates and the risk of mouth cancer. In other words, the more a person smokes the more at risk they are.

After giving up tobacco for a decade or so the risk of oral cancer of a past smoker drops significantly to levels almost comparable to people who have never smoked.

Dependence on tobacco shows the many features of a chronic disease. People who regularly smoke are addicted to the habit because tobacco use results in true drug dependence. Only a small minority are able to stop smoking in one attempt and the majority will need some assistance to quit altogether. Many effective treatments are now available and dentists and their team members are becoming more actively involved in helping patients to stop smoking.

As with other chronic diseases, the most effective treatment of smoking requires several approaches in addition to the willpower of the smoker and the advice of a clinician. Many products available in high street chemists are proven to be effective and improve the success rates for people quitting smoking. Nicotine replacement therapy (NRT) is the first line of treatment. Several products are available; patches, gum, lozenges, inhalers and nasal sprays. All of these are now available on prescription from a general medical practitioner or through pharmacists.

Other non-nicotine alternatives also exist to help with smoking cessation. Both forms of treatment offer very significant success in the quest to stop smoking. In assisting a smoker who is willing to quit, a dentist will have the five ‘A’s’ in mind. He or she will:- 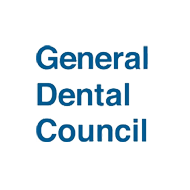